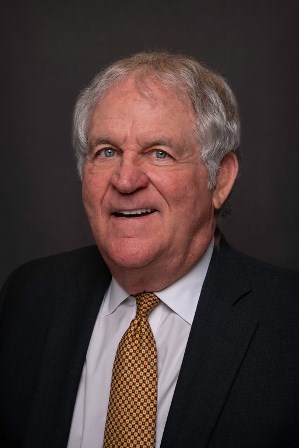 Attorney Pat Eng has been a practicing attorney in Columbia, Missouri since 1973. He is an experienced trial lawyer and applies competent legal proficiency to each case he undertakes. He is a Senior Partner with Eng and Woods, which has established itself as one of the premier law firms in Columbia, MO.

Pat has tried more than 100 cases to conclusion in both civil and criminal courts and has tried jury cases in the majority of counties in Missouri. He has also appeared in and first-chaired jury trials in federal courts throughout the state. Pat also successfully tried a notable case that was aired on Court TV, which featured commentary by Nancy Grace.

When Pat is not in the courtroom, he strives to educate fellow attorneys on the finer points of trial litigation. He utilizes his insight to provide guidance through continuing legal education (CLE) programs run by the Missouri Bar Association and Missouri Association of Criminal Defense Lawyers.

Pat has excelled in his legal career and has an excellent reputation as a professional and fair attorney. Throughout the years he has acquired a number of awards and has received noteworthy recognition in his field. Pat was selected by his peers to receive the Super Lawyer Award for Missouri and Kansas in 2007, 2008, 2009 and 2010. He was also named one of “Columbia’s Top Lawyers” in 2009. Pat is a past president of the Missouri Association
of Criminal Defense Lawyers (MADCL) and has served on their board of directors for more than 30 years. For his efforts in the courtroom, Pat has received the MADCL’s Charles Shaw Award for Excellence in Trial Advocacy and the Bob Duncan Award for Appellate Advocacy.

In addition to his work in criminal defense and trial law, Pat serves on the board of directors of Alternative Community Training (ACT). ACT provides services for individuals who are living with disabilities. One of Pat’s children participates in a sheltered workshop offered by the organization.

Pat served in the United States Army from 1963 to 1967 and supports many veterans’ organizations. He is a proud resident of Boone County, Missouri and a long-time supporter and fan of Mizzou athletics.