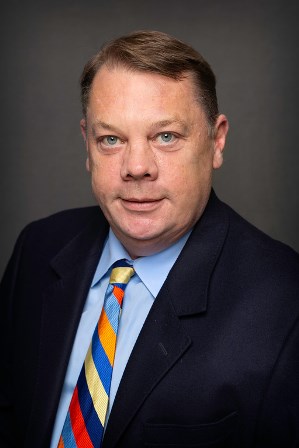 For nearly two decades, attorney Doug Pugh has focused his practice in all areas of family law. He acts primarily as a paternity lawyer, child custody lawyer and divorce lawyer. He also focuses on legal separation, modifications of existing court orders and name changes.

Doug received his undergraduate degree in Journalism and his law degree from the University of Missouri School of Law. To this day, he remains a Mizzou supporter and avid fan of Tiger athletics. He joined Eng & Woods as an associate in 1994 after serving as an administrative judge for the State of Missouri, and has been a partner in the law firm for more than ten years.

Doug, his wife and his two children are lifelong residents of Boone County, MO. In addition to being a well-known attorney, he is also an active citizen. Doug has served as master of ceremonies and spokesperson for numerous charitable events, and writes a bi-weekly humor column for the Columbia Daily Tribune titled “Homeboy,” which recounts his childhood, education and professional career in the Columbia, MO, area.